Distinctive, limited-release, barrel-finished versions of High West whiskey, each of these High West American Prairie Bourbon Barrel Select Whiskey bottles is hand-numbered. Specially selected batches of American Prairie Bourbon aged whiskey are finished in second-use barrels for an additional period of time, ranging from six months to two years, before being bottled. Finishing barrels for this High West whiskey vary from rum or bourbon casks to brandy, gin, scotch, and a variety of wine casks, including Madeira. This secondary barrel-aging process adds a sophisticated layer of complexity and depth of flavor to an American whiskey that is aromatic, rich, and earthy, featuring well-balanced flavors of candy corn, honey nougat, and sweet cornbread biscuits, with a finish of vanilla and caramel apple. Regardless of the pleasantly surprising tasting notes a particular bottle of Barrel Select aged bourbon whiskey provides – perhaps added sweetness or a hint of wine – whiskey connoisseurs can anticipate something special. Bottles are filled at 50% ABV; however, each bottle's final ABV varies by aging period, barrel type, etc., often resulting in a higher-proof whiskey. 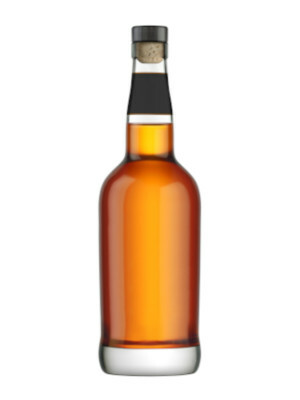