Blanton’s Gold is crafted from the same high-rye mash bill as the popular Blanton’s Original Single Barrel, but it is bottled at 103 proof rather than the standard 93 proof. Blanton’s Gold as having a nose marked by honey, heavy rye, dried fruits, vanilla, and chocolate. The taste is described as full and rich, marked by apricot, butter, pepper, light honey and oak. The finish has been called long, with toffee and apple, developing on pecan and caramel. 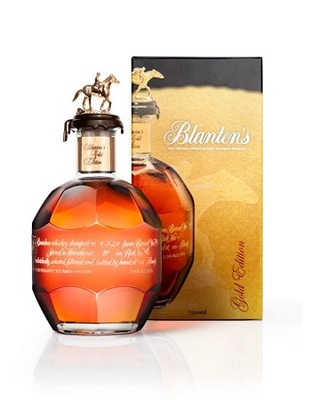